In line with CDC guidance and the South Carolina Department of Health and Environmental Control, we are cancelling all FBC activities until further notice.
Sunday Services will be held at 9:00 and 10:30 a.m. on campus as well as online.

Central Question: How does one receive the grace of God into their lives?

In this view, grace is treated almost as if it’s a substance, something that can be dispensed through various avenues and means (the sacraments, etc.) that become the means of saving grace, grace that improves you, perfects you and moves you more and more toward the goal of salvation.

The Reformation was in part a protest against the view that sees justification as a process in which you participate in the life of the church, receiving grace.

“Faith is believing what you know ain’t so.”  Mark Twain

“Now I would remind you, brothers, of the gospel I preached to you, which you received, in which you stand, and by which you are being saved, if you hold fast to the word I preached to you—unless you believed in vain. For I delivered to you as of first importance what I also received: that Christ died for our sins in accordance with the Scriptures, that he was buried, that he was raised on the third day in accordance with the Scriptures, and that he appeared to Cephas, then to the twelve. Then he appeared to more than five hundred brothers at one time, most of whom are still alive, though some have fallen asleep. Then he appeared to James, then to all the apostles. Last of all, as to one untimely born, he appeared also to me.” (1 Corinthians 15:1–8)

Knowledge alone is not saving faith.

“but these are written so that you may believe that Jesus is the Christ, the Son of God, and that by believing you may have life in his name.” (John 20:31)

Sincerity does not guarantee saving faith

“You believe that God is one; you do well. Even the demons believe—and shudder!” (James 2:19)

“But to all who did receive him, who believed in his name, he gave the right to become children of God,” (John 1:12)

“For God so loved the world, that he gave his only Son, that whoever believes in him should not perish but have eternal life.” (John 3:16)

“Come to me, all who labor and are heavy laden, and I will give you rest. Take my yoke upon you, and learn from me, for I am gentle and lowly in heart, and you will find rest for your souls.” (Matthew 11:28–29)

“and saying, “The time is fulfilled, and the kingdom of God is at hand; repent and believe in the gospel.”” (Mark 1:15)

“testifying both to Jews and to Greeks of repentance toward God and of faith in our Lord Jesus Christ.” (Acts 20:21)

Turning from sin and Trusting In Christ are two sides of the same coin.

“To trust in Him means, of course, trying to do all that he says.  There would be no sense in saying you trusted in a person if you would not take his advice.”  C.S. Lewis

“So also faith by itself, if it does not have works, is dead. But someone will say, “You have faith and I have works.” Show me your faith apart from your works, and I will show you my faith by my works. You believe that God is one; you do well. Even the demons believe—and shudder! Do you want to be shown, you foolish person, that faith apart from works is useless? Was not Abraham our father justified by works when he offered up his son Isaac on the altar? You see that faith was active along with his works, and faith was completed by his works; and the Scripture was fulfilled that says, “Abraham believed God, and it was counted to him as righteousness”—and he was called a friend of God. You see that a person is justified by works and not by faith alone.” (James 2:17–24)

We are saved by faith alone, but a faith that saves is Never Alone

In genuine saving faith, God gives us Liberty – freedom from the penalty of sin, the power of sin and ultimately from the very presence of sin. 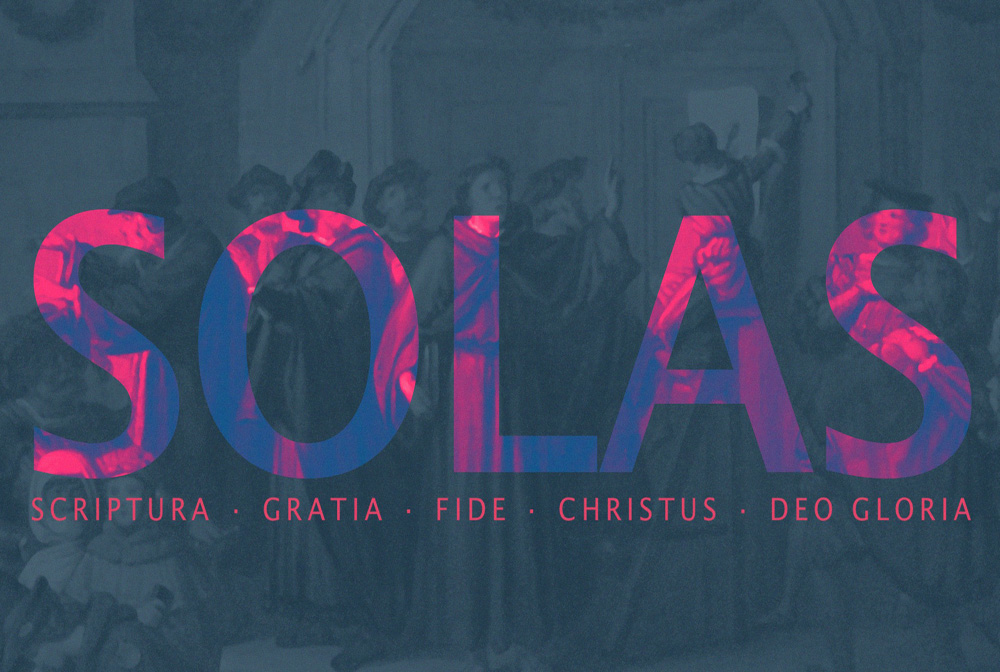 To the Glory of God Alone